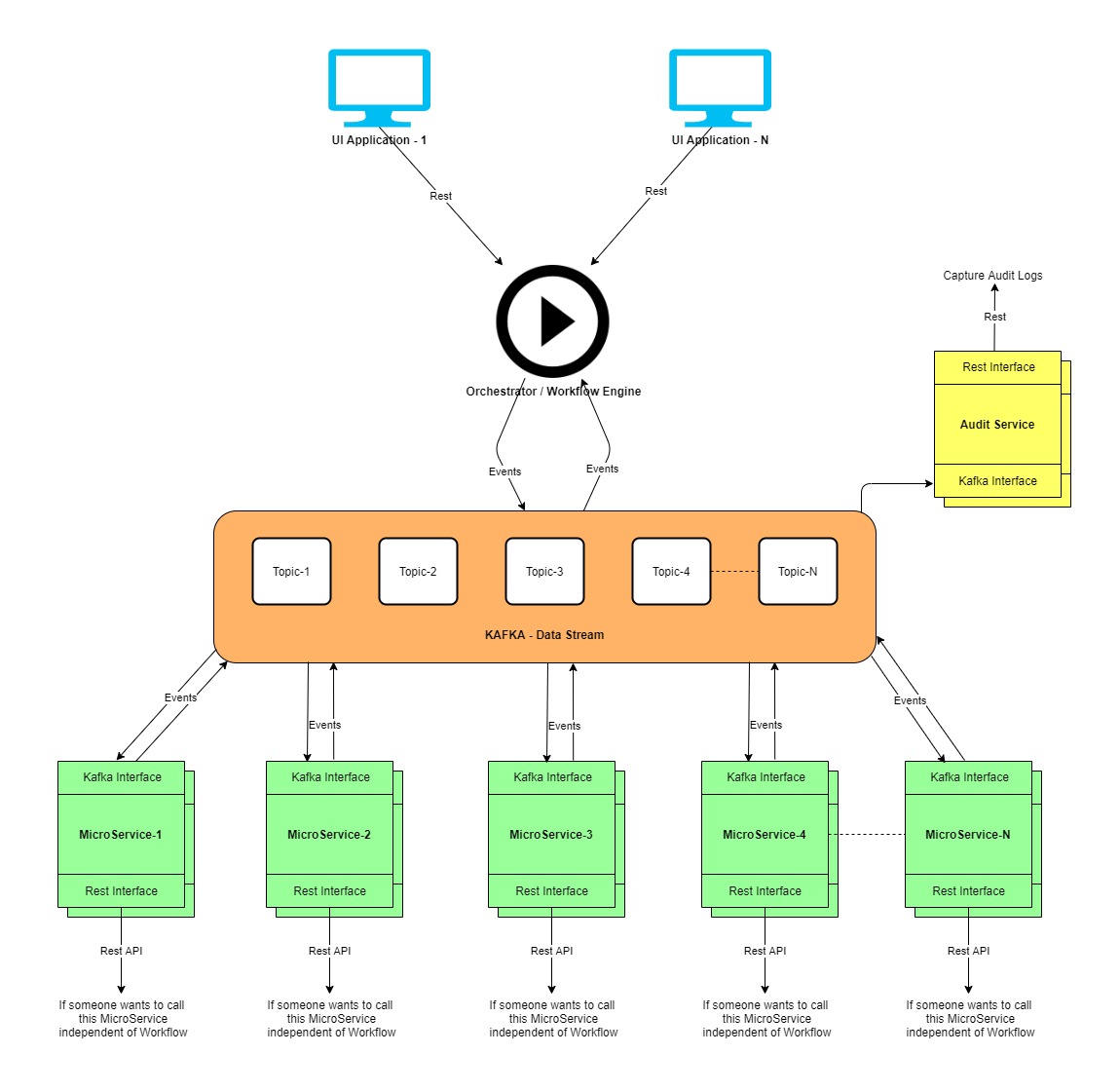 This article captures my experience building Enterprise Platform that was based on Event Driven Microservices Architecture with an Orchestrator / Workflow Engine.

Below are few high level components of this Platform :=>